Northwest Music Scene says: “It’s not easy to categorize Botti’s music. He’s considered a jazz musician, but while he does draw on the classic work of Louis Armstrong and Miles Davis, he’s also a fan of what he’s called “sophisticated popular music,” like that of Joni Mitchell, Sting, and Paul Simon (the latter two of whom he performed with before striking out on a solo career).

The sets began with a dramatic flourish. <…> Anastasiia Mazurok, attired in sparkling silver, played with great warmth and sensitivity; at the conclusion of one number, she drew out the final note with spellbinding grace, making it quaver until it sounded like a theremin. Botti and Mazurok echoed each other’s melodic lines, creating music that was dreamy and spellbinding. “ 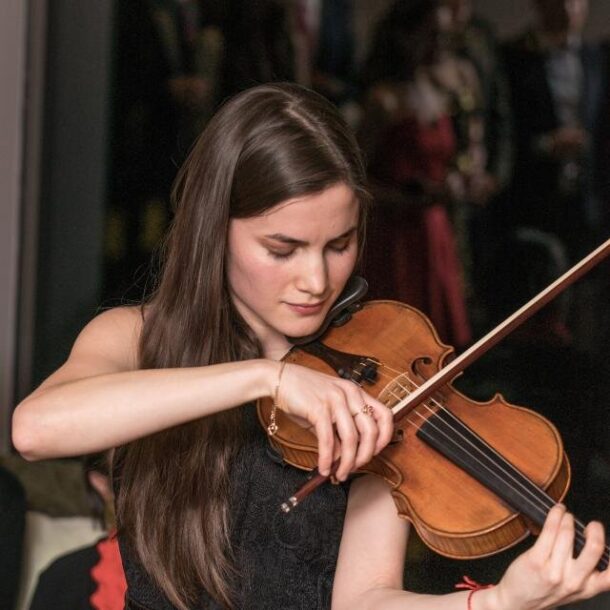